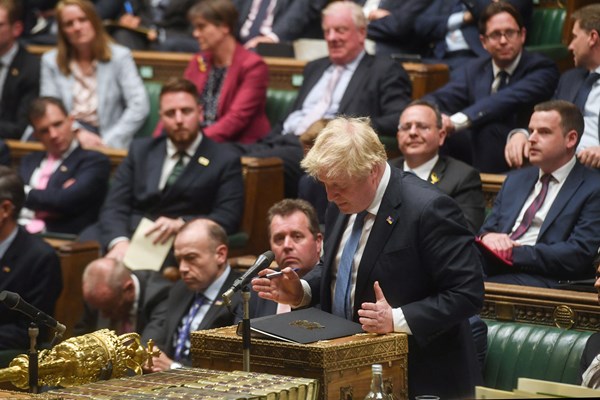 British Prime Minister Boris Johnson has apologized before the House of Commons for violating the rules of closure he imposed in the United Kingdom, stressing that it had not occurred to him at the time that he was doing anything wrong.

Bloomberg News reported that Johnson had paid a fine for attending a Downing Street event on his birthday in June 2020, and could face fines.
Additional as the London Metropolitan Police completed its investigation into dozens of gatherings inside government buildings during the closures imposed due to the Corona virus during
the past two years.

Johnson said: “It did not occur to me then or after that that a meeting in the Cabinet Room, before a fateful meeting regarding the strategy for dealing with Covid-19, could be possible.
It amounts to a rule-breaker,” in an attempt to explain why he had previously said there was no rule-breaking.

“It was a mistake I made, and I apologize unreservedly for that,” Johnson added.